A well-known West Volusia radio station will soon have a new owner, pending approval by the Federal Communications Commission.

A Bartow minister, Clarence A. Williams, is buying WYND, a Christian broadcasting station whose studios are at 316 E. Taylor Road in DeLand. The AM radio station broadcasts at 1310 kHz.

Williams is awaiting the FCC’s decision on his proposal to purchase the station.

“We expect to have the final notice within 60 days,” Williams told The Beacon. “Buddy Tucker is still the owner.”

Theodore “Buddy” Tucker was president of the Buddy Tucker Association Inc. until his death last year. Tucker had acquired the station in 1987.

The price and terms of the sale have not been disclosed, but Williams said he is buying the station for “six figures.”

Williams says the station’s call letters will not change, and he is keeping WYND’s four current employees.

“Nobody is being laid off. Nobody is being terminated,” Williams said. “We plan to expand. We’re going to improve the building and upgrade the equipment. We’re changing from analog to digital, and there will be an FM [station].”

A new transmitter and replacement of aging equipment, including the control boards and recording devices, are planned. Williams described the technology upgrades as “a substantial investment” over and above the purchase price of the station.

The planned FM station will simulcast the AM station’s programs. It will carry the same call letters, and broadcast on 96.1 MHz.

The expanded WYND will also offer live streaming of its broadcasting on the internet.

The programming will be mostly religious, but there will be other features intended to draw new listeners.

“The format will change. We’re going to have Gospel,” Williams said, noting some widely known ministries will be aired.

“We’re going to have Adrian Rogers, Charles Stanley,” he said, as examples.

However, Williams said the station will honor all previous contracts with local and national broadcast ministries whose messages now go forth over WYND’s airwaves.

Williams said he is also planning nighttime entertainment such as “contemporary jazz and Old Blue Eyes” (Frank Sinatra), as well as other easy-listening and “family-friendly” music.

However, Williams will forbid broadcasting “anything that degrades anyone.”

“It’s never been done before — jazz with the Gospel,” Williams noted.

The station’s new owner is planning even more enhancements, which could help in the case of a hurricane, for example. 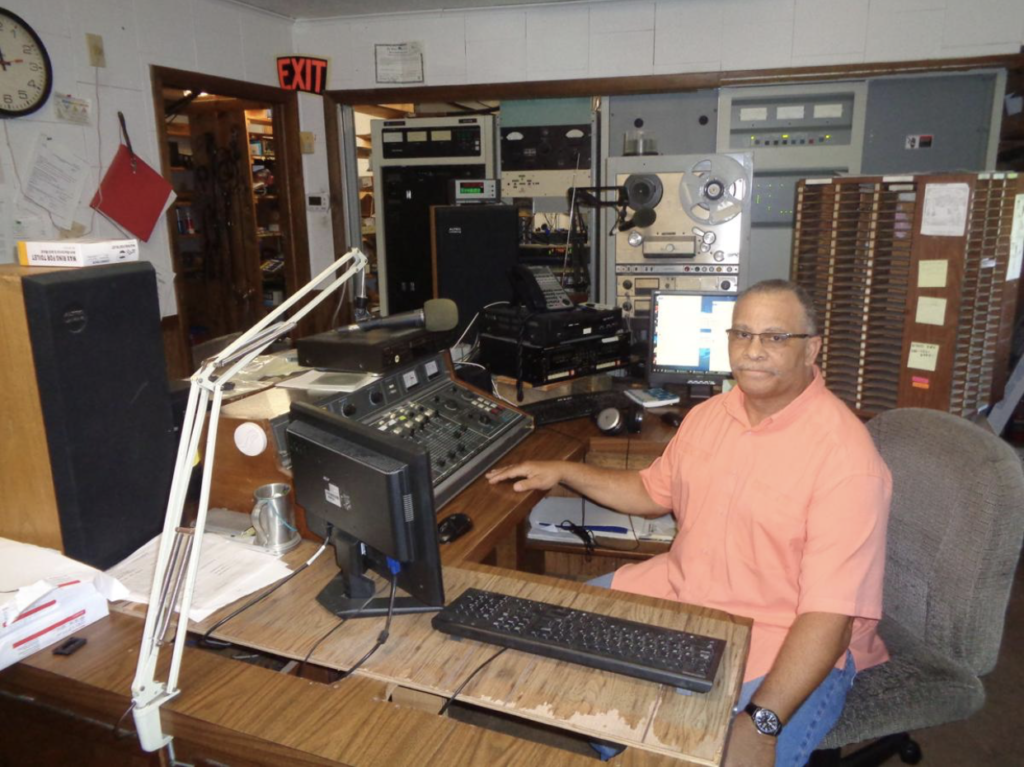 He would not rule out vying to broadcast high-school and Stetson University sports.

WYND’s AM signal has 10,000 watts of daytime power, covering a wide area of East Central Florida. The signal’s power drops to 115 watts at sunset.

Most AM radio stations are required to reduce their power at night to reduce interference with other stations, according to the FCC. AM radio signals can travel much farther at night, due to how they bounce off a layer of the Earth’s atmosphere called the ionosphere.

WYND was originally known as WOOO when it signed on the air in 1956.

For a time, the station broadcast from the Conrad Realty building at 110-120 W. New York Ave., where The Beacon’s offices are located today.

Over the years, the station featured country music, middle-of-the road music and some rock. The station “went dark” in 1985, but returned to broadcasting under new owners the following year. Tucker bought the station in 1987.

There have also been call-letter changes over the years. WOOO gave way to WKKX and WDLF, before settling on WYND.